Britain Has A Chance to Punch Above its Weight 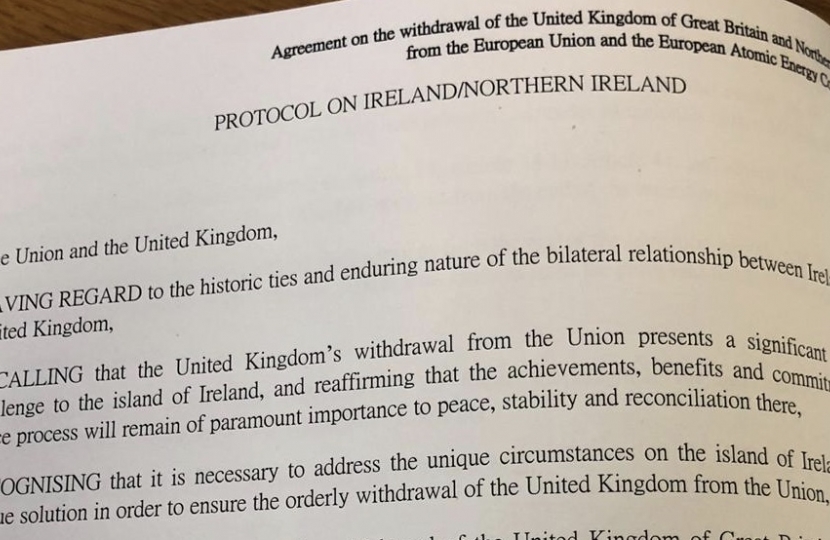 Finally! The parliamentary Brexit tectonic plates have shifted just a little. A series of backbench amendments resulted in one defeat for the government, and one significant victory. All other amendments failed to make the grade.

The victory was for the government to go back and try again on the notorious backstop. TO be clear, I was one of the 202 MPs who voted in support of the government first time around, in the most significant crashing defeat of government business ever. I liked Theresa May’s deal and thought it had mileage – including the subtle and nuanced backstop. But it would be irresponsible of me to stick to a failed plan so I was happy to support the government to seek changes on the backstop.

Key to drawing together the warring sides of the debate was what is now being dubbed the Malthouse Compromise. This, rather convoluted, suggestion has brought together those divided by ideology but unified against the government’s proposals. It looks to modify the backstop, whilst preparing for other eventualities.

IN what may be seen by classicists as the 21st century version of the Twelve Labours of Hercules, the PM must now go back to Brussels to renegotiate. The EU has already indicated it is less than impressed by all this and won’t shift. We shall see, but what is key to this is that the onus has now shifted from Parliamentary (apparent) incompetence to EU intransigence. The ball is in their court.

The amendment that the government lost was one over no to no-deal. Whilst very few in Parliament will accept no-deal, it is contradictory in its nature. We have just three choices: a deal; no deal; no Brexit. TO rule out no-deal was, in the event of no deal, to rule in no Brexit. This reneges on the democratic instructions of the referendum and general election.

Interesting was no amendment was tabled for a second referendum. It seems the tide may be going on this idea, but time will tell.

Through all of this, we must not forget the Brexit prize – one that even as a Remain campaigner I always recognised. A new independent Britain has a chance to punch above its weight and secure new free trade deals that can boost our economy. But this is not without risk. To benefit from these opportunities, we need to secure a lasting deal with the EU. And there is a huge amount to do before we clear these woods