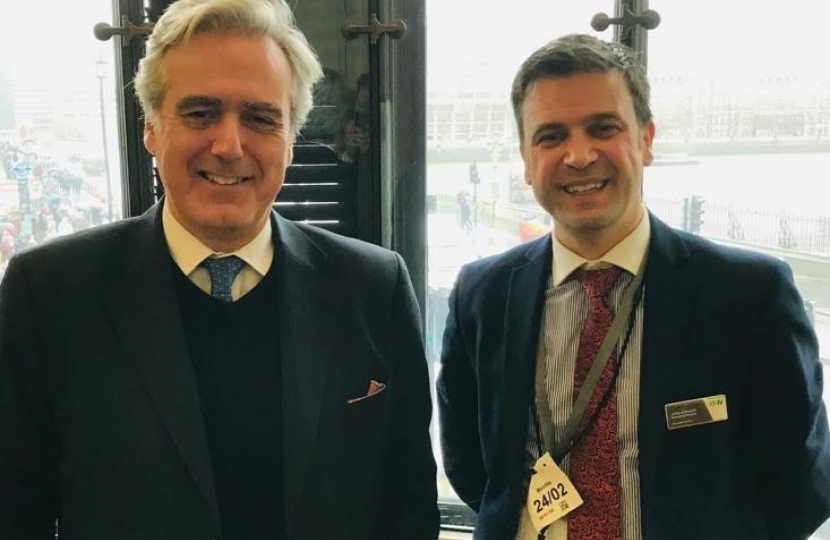 For far too long commuters have been let down by West Midlands Trains (WMT). Passengers have faced continued delays, cancellations and lack of carriages on the route between Birmingham Snow Hill and Kidderminster.

Earlier this week Mark met with the managing director of WMT to express passenger frustrations and discuss how WMT will restore confidence to commuters.  WMT have responded to the poor service by introducing measures to improve the service. These include timetable simplification, hiring 80 new drivers, senior conductors and traincrew managers, and improving congestion.

Mark welcomed the fact that there is some good news on the horizon. Performance has improved since December, and in the second half of this year, Worcestershire will benefit from 80 new longer carriages as they will be servicing this region first.

Following on from the meeting with West Midlands Trains earlier this week, Mark also met with the CEO of the Office of Rail and Road, John Larkinson, to raise concerns about Network Rail’s role in local commuters’ misery.

“I had a very productive meetings with West Midlands Trains Managing Director Julian Edwards, and with the CEO of the Office of Rail and Road, John Larkinson. It was good to sit down and discuss the frustrations of commuters who deserve better”.

“I made it clear that it is vitally important that passengers have the confidence in WMT. For far too long we have been let down and this needs to stop”.

“Following these discussions, I can see that there is some good news on the horizon. I have been assured that in the second half of this year, Worcestershire will benefit from 80 new longer carriages which will be servicing this region first”.

“I will continue to work with West Midlands Trains to ensure they improve their performance”.

Coronavirus is an ever accelerating, widespread crises. The latest announcement from the government concedes that this is not just a medical event, but an economic event of unprecedented proportions.