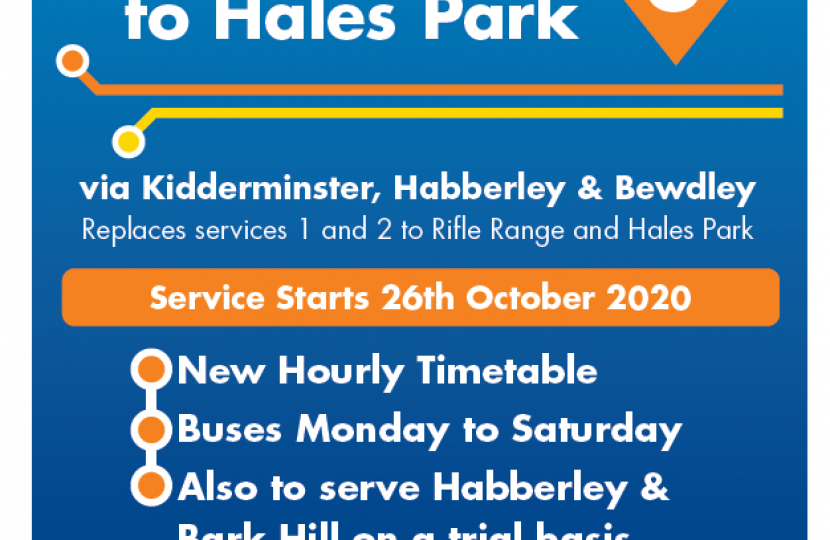 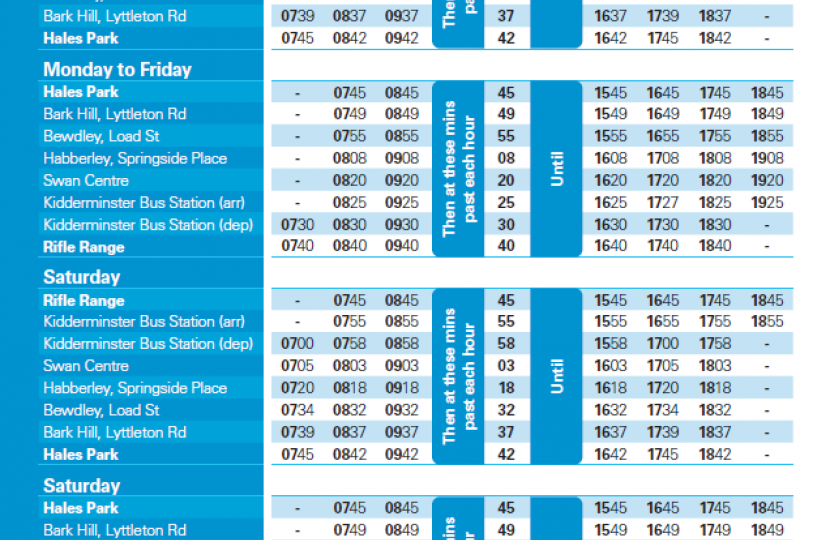 Mark Garnier is delighted to report that Diamond Buses have reviewed 2 of their routes to create a revised route incorporating 2 areas of Kidderminster and Bewdley which had previously lost their transport link.

Mark Garnier MP, Cllr Alan Amos, Cabinet Member responsible for Transport at Worcestershire County Council and Diamond Buses have held a number of meetings to review the network and how the residents on Bark Hill, Bewdley and the Habberley Estate, Kidderminster could be once again served be with a viable bus route.

Mark says “I am delighted that Diamond Buses have hopefully found a solution and it is now down to the residents to use this service, especially from the 2 estates which have previously seen the removal of their routes.  Passenger numbers are vital to ensure the viability of any route”.

Cllr Alan Amos on the announcement said “It is important to work with our local bus operators and we will support important routes with extra funding to benefit local communities if necessary, as we did with the Diamond Bus Route 303 which serves Kidderminster to Worcester announced earlier this year as part of the County Council’s new Passenger Transport Strategy.”

All concerned are grateful to Cllr Tracey Onslow, County Councillor for St Johns, who during the absence of a bus route on the Habberley Estate used her divisional fund to assist with the funding for a dial-a-ride service for the residents.

Diamond Buses will commence the new route Number 8 from October 26th, with a trial period for the inclusion of Bark Hill and Habberley Estates.  The new Route will go via Canterbury Road to service Habberley Estate and via The Lakes Road for Bark Hill.

The full timetable is attached as a file to download.