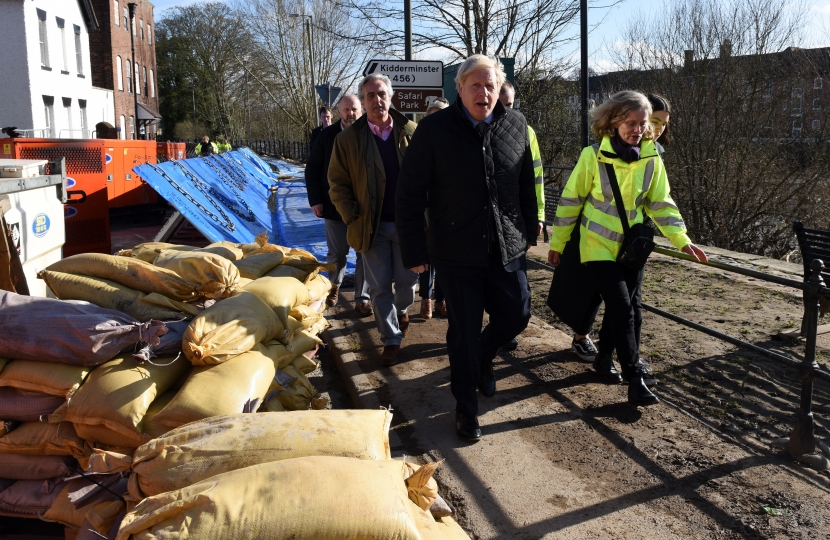 During his visit he met with a number of residents from Beales Corner and surrounding properties, enabling a 1:1 conversations followed by a larger meeting for all residents who had been affected by the recent flooding at Bewdley on the East Side of the Bridge.  The meeting was also attended by Mark, Ian Miller Chief Executive of Wyre Forest District Council and the Environment Agency.  Further meetings will take place in the near future for the wider community on the future of defending this side of the River in future floods.

During this visit the Prime Minister was shown the various types of flood defences that Bewdley an its residents have and the issues with the temporary and individual property defences which are currently in place on the East Side by the Environment Agency.

The final stage of the visit was to walk along Severn North Side to a further meeting with the emergency services and voluntary organisation along with officials from the Environment Agency and Highways.

During this time of National lockdown and social distancing I have taken a wrap on the local Shuttle paper to provide residents with vital information and contact details for them to access information and support.  An online version can be found by following this link Mark Garnier’s Coronvirus W